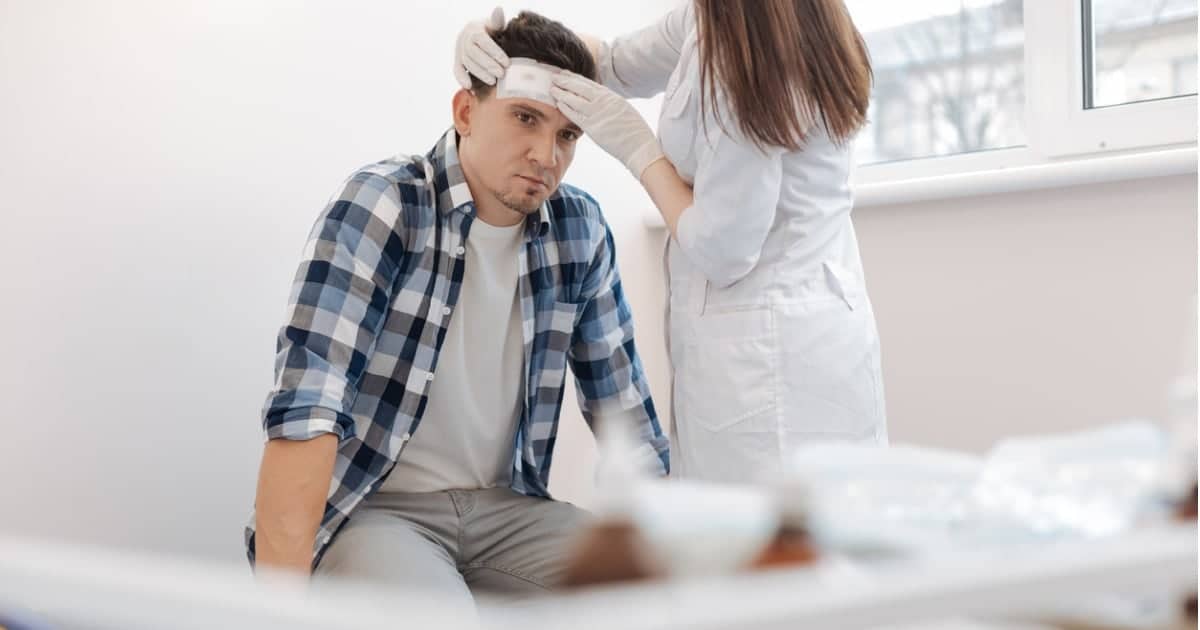 The brain is known to be the most important part of the human body. Organs such as the heart and lungs are essential but the brain controls nearly every voluntary and involuntary action our bodies perform such as breathing and walking. Unfortunately, the brain is surprisingly vulnerable despite being such an important organ. One blow to the head or a short fall is all it takes to cause a catastrophic injury that will change a person’s life forever. The brain is an irreplaceable organ, unlike the heart or kidneys.

Suffering a brain injury can be extremely traumatic and recovering from such an injury can be a long process with expensive medical bills. Dash Injury Law Firm offers professional and experienced brain injury legal services. Our accident attorneys formulate an aggressive plan of action to fight for your rights and negotiate compensation with the at-fault party. We are committed to maximizing the brain injury settlement that you deserve.

What is Traumatic Brain Injury?

According to the National Institute of Neurological Disorders and Stroke, a traumatic brain injury (TBI) is characterized by a brain suffering sudden trauma. The Centers for Disease Control and Prevention (CDC) describes a brain injury as an injury to the head caused by a blow, bump, jolt, or penetration that disrupts the normal function of the brain. However, not all impacts to the head result in a TBI.

Brain injuries can occur from a violent and sudden impact to the head or when the skull is pierced by a foreign object such as a bullet. There are different levels of severity for brain injuries, ranging from mild concussions to serious brain damage. Most people who sustain a concussion can recover in time, but some may experience serious symptoms. Severe brain injuries can lead to serious physical and psychological symptoms and even death.

According to the American Association of Neurological Surgeons, there are an estimated 1.7 million cases of traumatic brain injury that occur every year in the United States, and as a result, around 5.3 million people must live with a permanent disability because of the injury.

The CDC found that from 2006 to 2014, the number of TBI-related cases (hospitalizations, emergency room visits, and deaths) increased by 53% with an average of 155 patients dying each day from TBI-related injuries.

The age groups that are at the highest risk of traumatic brain injury include adolescents, young adults, and seniors (65+ years). It is also important to know that males have double the risk of TBI compared to females.

The symptoms caused by TBI have both short and long-term effects on a patient, a patient’s family, and society. The medical expenses associated with brain injury diagnosis and treatments are extremely high. The financial burden is just part of the many hardships that an estimated 5.3 million Americans with TBI-related disabilities must deal with. The long-term or permanent consequences of a TBI are devastating and the cost of losing function of any part of the body is incalculable. The disabilities associated with TBI cause cognitive, emotional, motor, and sensory impairments that may change a person’s entire life by hindering them from pursuing vocational aspirations and causing negative effects on the person’s social life. Traumatic brain injuries are often referred to as an invisible epidemic because it is not as apparent as other injuries such as a broken arm.

There are various causes of traumatic brain injuries. Listed below are some of the most common situations where a TBI is likely to occur.

Being Struck By or Against an Object

The second leading cause of brain injuries was found to be caused by being struck by or against an object. This reason accounted for 17% of TBI-related cases in 2014.

When you are in a vehicle traveling at high speeds and your vehicle collides with another vehicle or object, your head can make violent contact with a number of hard surfaces.

Concussions are a common head injury that may cause serious symptoms despite their prevalence. This type of injury can lead to the loss of regular brain function and is typically caused by a blow to the head or shaking of the head and upper body.

If an individual suffers a second concussion before recovering from the initial concussion, this is called second impact syndrome (SIS). A second impact can cause debilitating symptoms or prove to be fatal.

A contusion is characterized by a brain injury that is caused by direct impact and results in serious bleeding and bruising of the brain, it is a bruise to the brain tissue. Contusions usually occur in the cortical tissue near the site of impact and large contusions often require surgery. Serious symptoms of contusions include permanent brain damage and death. The severity of the symptoms depends on where on the head the impact occurred.

If a contusion occurs on both sides of the brain, this is called a coup contrecoup. A second contusion occurs when the head is hit with enough force to cause the brain to slam against the other side of the skull.

A brain hematoma occurs when there is a collection, or clotting, of blood on the brain’s surface beneath the skull. This injury is normally caused by tears in bridging veins that pass over the subdural space. Blood clotting can lead to pressure build-up in the skull that can cause loss of consciousness, permanent brain damage, or death.

Other types of brain injuries include:

TBI can be fatal in severe cases, but in nonfatal cases, the effects of brain injury can vary. There are four main categories that short-term and long-term symptoms fall into:

Changes or a loss of some cognitive functions are common with brain injuries. Individuals who suffer a cognitive disability may have problems memorizing basic information, keeping attention, organizing thoughts, or keeping up with conversations. It is difficult to immediately diagnose cognitive decline because there are no physical signs.

An individual who suffered a brain injury may experience motor function disabilities. This includes difficulties in writing, speaking, and moving.

A brain injury can cause impairment of sensation. This includes difficulty hearing, blurred vision, blindness, inability to smell, ringing in the ears, impaired touch, and more.

None of these effects on an individual are mutually exclusive and are able to occur all together. Some may even be caused by a TBI-related degenerative brain disease.

If an accident or act of negligence causes you or a loved one to suffer a brain injury, you can pursue compensation through a brain injury lawsuit. With the help of Dash Injury Law Firm and our brain injury lawyers, you can hold the responsible parties liable for their negligent actions that have caused you harm.

Here are the damages you may be able to recover in a brain injury lawsuit:

Medical Bills - In a brain injury lawsuit, victims will be able to claim financial compensation for any medical expenses that they have incurred as a result of the injury.

Lost Wages - Individuals who suffer a brain injury and are forced to miss substantial time at work will be able to claim financial compensation for any income that they have lost or will lose due to the accident.

Loss of Life’s Enjoyment - With a successful brain injury lawsuit, an individual will be able to claim financial compensation for their inability to do the things they once enjoyed before the accident.

Get the Help of a Brain Injury Lawyer

Traumatic brain injury victims should speak with an injury attorney as soon as possible. Your attorney can help with the following:

If you or a loved one has suffered a brain injury as a result of someone else’s negligence, please call the skilled brain injury attorneys at Dash Injury Law Firm.

We help brain injury victims take legal action that advances their legal rights. Our personal injury attorneys are skilled and experienced in litigating personal injury lawsuits. We will negotiate on behalf of clients for maximum financial compensation. We will work to resolve your case outside of court but will take the matter to a judge or jury if necessary.