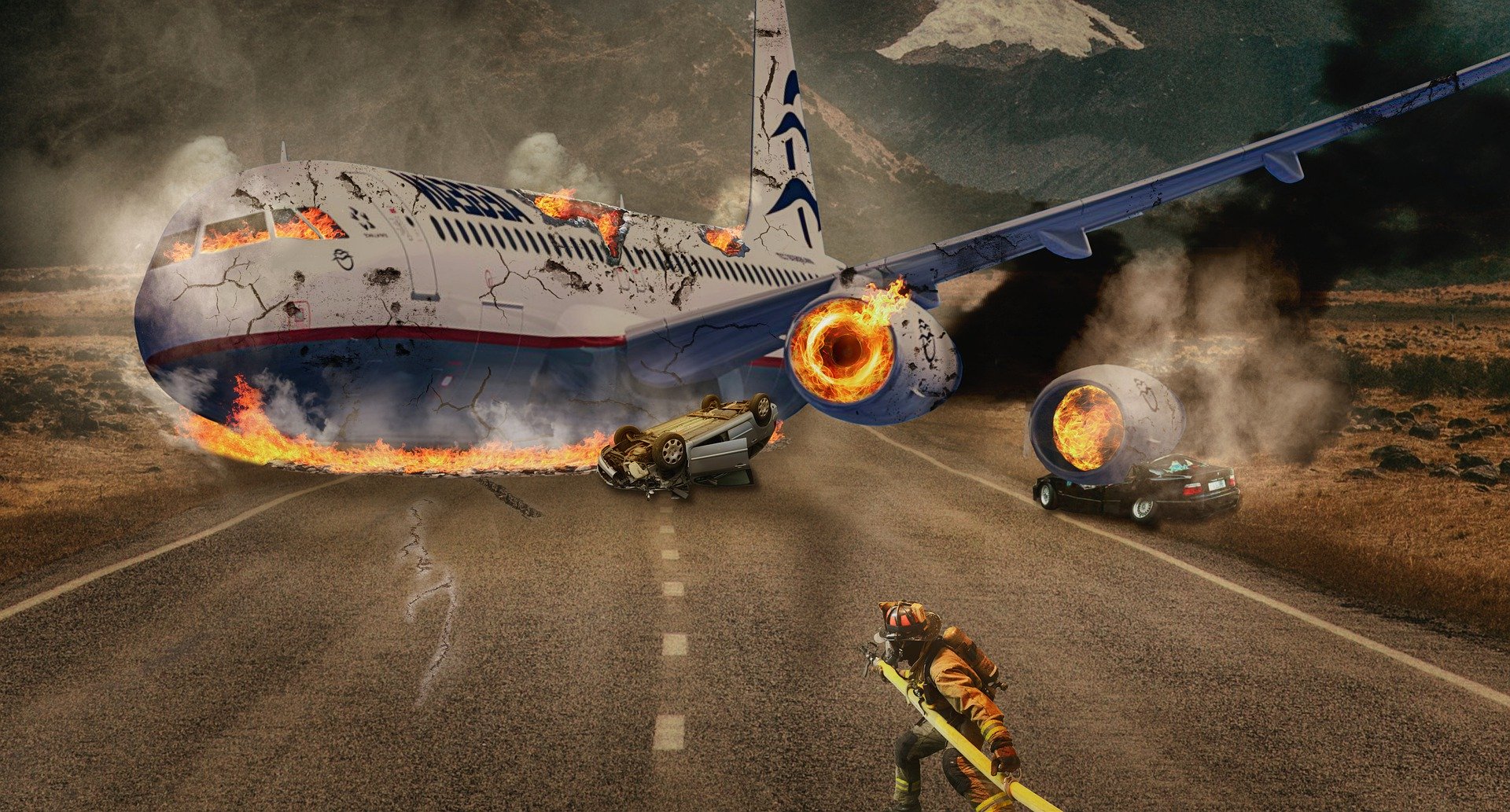 Aviation and airplane-related accidents are horrific tragedies that can happen in the blink of an eye. While these types of accidents are rare, they can occur with charter or private planes as well as with large commercial airliners. Aviation accidents are not limited to crashes or other tragedies. Injuries can also happen inside of planes, and events around, or directly, on the tarmac can cause severe injuries, even death.

There are complex factual and legal challenges involved in aviation cases. Your attorney has to establish how the accident happened, prove causation and negligence, and decide which courts have jurisdiction as well as what laws may apply. It is imperative that you find an attorney who possesses the unique qualifications to handle these specific kinds of lawsuits.

Compared with other accidents, aviation accidents may not happen all that often, but when they do, they can potentially cause a large amount of damage and severe injuries. The large size of a plane, coupled with its weight, makes airplane crashes deadlier for the same reason that semi-truck crashes are often more dangerous than a car accident. While there are some exceptions, nearly every aviation accident that happens is due to another person’s negligence.

The exact cause of an aviation disaster may not be known for a long time because it can take years to fully investigate a plane crash. Many airplane crashes are the result of a combination of issues, such as the case with the 2018 Boeing 737 Max crash. According to BBC News, the 737 Max plane crash was caused by pilot errors and defective plane designs.

Here are some contributing factors that can cause a plane to crash:

Pilot error is a common cause of most aviation crashes. According to Boeing, about 80% of airplane accidents are caused by human error, while the other 20% of accidents are caused by mechanical and weather issues. Piloting a plane is a difficult and complex job, even with the latest improvements that have been made over the years to make flying easier, such as automation. Pilots have to memorize dozens of gauges and readouts during the flight, which can seem quite overwhelming to a non-pilot. A deadly crash could happen if a gauge is miscalculated or a readout is misread. This does not mean that a pilot should be held responsible for an accident.

Planes are fascinating pieces of technology. Hundreds of separate systems keep them running. If any of these systems are defective or not running properly, a dangerous situation could unfold. Some defects or failures include worn out or old parts, inadequate equipment replacements or repairs, and manufacturing defects.

Flying is just as hazardous in bad weather as driving. Snow, fog, or heavy rain can make it hard for airplanes to fly and can cause deadly accidents. Hazardous weather-related threats to aircraft include skidding during landing and takeoff, high winds, and low visibility.

Air traffic controllers provide information to pilots while they are flying and must coordinate with dozens of different aircraft at the same time. Fuel and weather conditions are taken into consideration during scheduled takeoffs and landings. If an air traffic controller makes a mistake, an aviation accident could occur that could possibly involve multiple aircraft.

Poor runway maintenance and sabotage are other factors that could contribute to a plane crash. Birds, a surprisingly common phenomena, cause more aircraft accidents than most people realize. If a large bird collides head-on into an engine or windscreen, the plane could become severely damaged and could result in a serious crash.

Our legal team at Dash Injury Law Firm understands the complexities of airplane accident lawsuits and are here to provide professional legal counsel to plaintiffs.

When filing an airplane accident lawsuit, you may be able to receive compensation for the following circumstances:

Claims for the reasons above could be made in an aviation case when a suit is filed against an aircraft manufacturer, airport, airline, or other responsible party for injuries. Our experienced airplane accident attorneys will help you put together a convincing case based on your specific claim so you’ll receive the compensation you rightfully deserve.

The airline industry is the most subsidized and regulated industry in the nation. Airline cases involve regulations and federal laws related to aviation and usually include federal claims. While some aviation laws are difficult to pass at the state level, states are allowed to pass laws that are consistent with federal aviation laws and can pass zoning laws that dictate noise levels and hours of operation for local airports. Dedicated agencies help regulate airlines and set standards for them. If, for instance, there is an individual who has a disability and needs flight accommodations, this would be classified under the 1958 Federal Aviation Act (FAA) as well as a subsection under the Federal Air Carrier Access Act. The FAA enforces most aviation standards and regulations, as well as the Transportation Security Administration (TSA) and the National Transportation Safety Board (NTSB). These agencies are primarily responsible for regulating air travel.

In order to set forth the rights of international passengers and normalize aviation laws that regulate airlines, countries have passed conventional treaties to streamline the process. For instance, the Montreal Convention governs airline accidents that occur during an international flight, including domestic connections of longer intercontinental expeditions. This convention limits airline liability for accidents that happen on international flights; however, the Montreal Convention will hold an airline accountable should a passenger become injured or die. This means that the airline cannot put any defenses up for reimbursements up to a certain monetary amount. The convention also offers advance payments to help a victim’s family members. Lawsuits can commence under five different jurisdictions. A passenger’s physical or emotional injuries can be determined as either viable or compensable through the Montreal Convention as part of a more comprehensive aviation lawsuit.

Our experienced and dedicated attorneys at Dash Injury Law Firm will work with clients to successfully file and prosecute individual aviation cases on behalf of injured staff, passengers, and also their families. We’ll work with you every step of the way to help you win your case and get you a fair settlement to cover your damages.

Airplane Crash Liability: Who Can Be Held Responsible

Manufacturers: If an airplane accident is caused by defective parts from an aircraft manufacturer, they can be held responsible for any injuries a victim sustained. Defects can occur with fuel tanks, wings or propellers, landing gear, brake systems, engines, navigation systems, and more.

Common Carriers: Commercial airlines present themselves as common carriers because they are held to extremely high standards. Any passenger who purchases a ticket can fly on their planes. Regulations and rules concerning common carriers are enforced by the FAA, and they are stricter than the rules and regulations of private carriers, or personal planes.

Owner/Operator: If an aircraft owner is known to be reckless while piloting an aircraft, they can be held responsible for any damages to injury victims. Pilots are also liable under the theory of respondeat superior, or vicarious liability. What this means is that the employer is responsible for their employee’s actions while they are on the clock.

What Sort of Defense Do Airlines Have?

Most airlines typically respond with the usual product liability or personal injury defenses. Small aircraft operators (airplanes used for personal use), on the other hand, will use an additional defense of their own. The 1994 General Aviation Revitalization Act bars cases against small aircraft manufacturers if the accident involved a plane or a part that has been used for over 18 years.

Speak With an Airplane Accident Lawyer

The experienced lawyers at Dash Injury Law Firm will help guide you through the litigation process of an airplane injury lawsuit. It is crucial to find a legal team who will support you during this difficult situation and advise you with expert legal advice.

Our team is dedicated to serving our clients and fighting for the compensation and justice they rightfully deserve. Call our legal team today at 888-(DASH-LAW) or complete an online contact form.