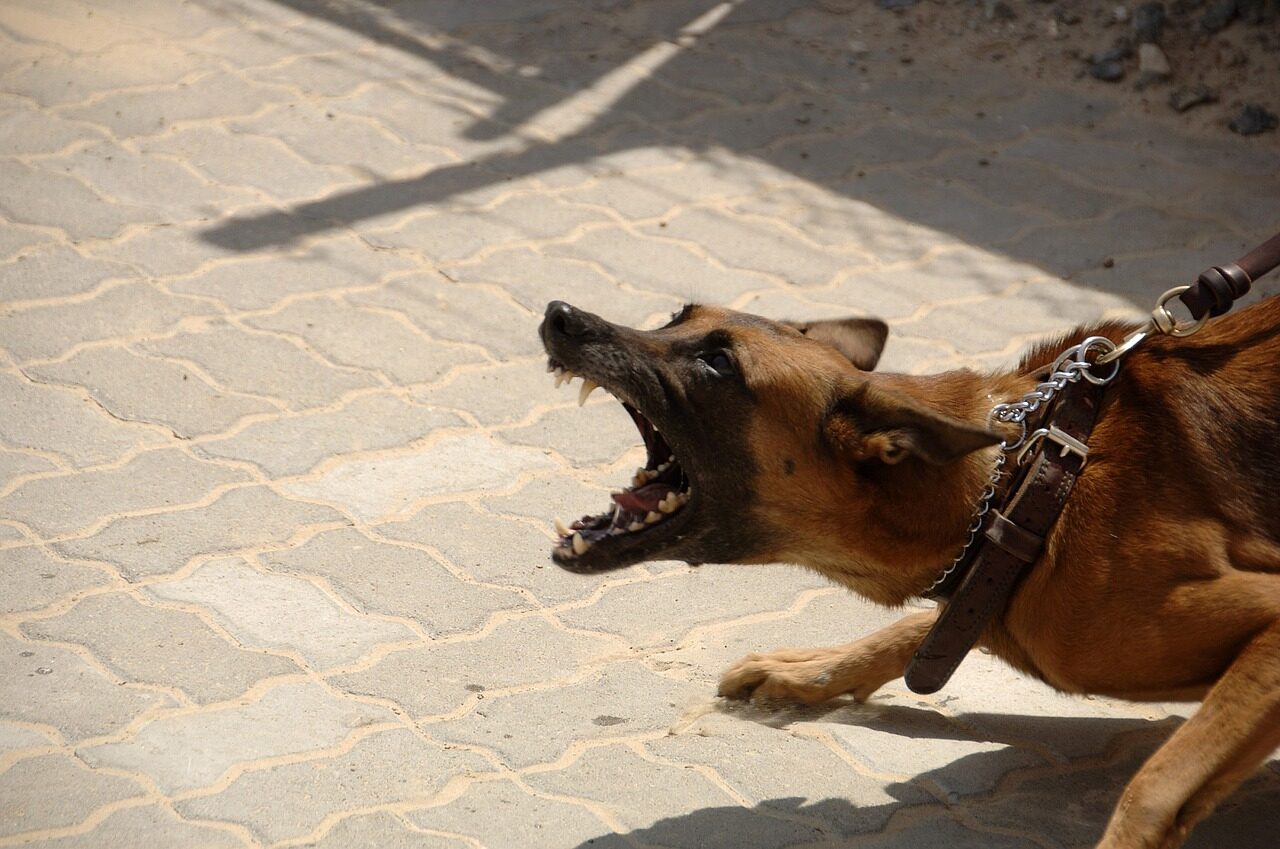 Dog bite claims are some of the most common types of personal injury cases. According to the U.S. Centers for Disease Control (CDC), over 4.5 million people suffer from dog bites each year in the U.S. and over 8000,000 of these cases require medical aid. These bites range from somewhat minor to devastatingly disfiguring. The legal team at Dash Injury Law Firm is no stranger to pursuing legal justification for injured individuals. We know how important it is to immediately begin an investigation to firmly establish liability and to protect the rights of our clients.

Our dealings with the owner's insurance company and its lawyers help remove our clients from the line of fire and force these entities to deal with legal representatives who know what we're doing. If you've suffered the trauma of an animal attack, you should immediately make contact with our attorneys, so we can go over your legal options and quickly set in motion the process to help you claim compensation for the injury.

Why Do Dogs Bite?

Dogs of all sizes and both genders can bite if they are provoked. Biting is a reaction from a dog when it is stressed, trying to protect an owner, and/or trying to defend its territory. Other reasons why dogs may bite a person include:

Being educated on reasons why a dog will attack someone is important and one of the best ways to prevent dog bites.

Delivery men, plumbers, home construction workers, and other workers have to enter homes or otherwise be on private property to carry out their duties, it is understood that they have an “implied invitation.” When employees are on private property during work hours and are bitten by a dog, they are eligible to file for workers' compensation benefits.

Injured employees who were hurt on the job are able to receive wage replacement and medical benefits through workers' compensation insurance. Additionally, an employee who is bitten while on the job may be eligible to bring a claim against the dog owner, provided the owner is not the victim's employer. Filing a claim against the dog owner allows the injured employee to request compensation for the pain and suffering endured, plus any other losses that workers' comp does not cover.

Some homeowner insurance policies will cover the liability legal expenses of a dog bite, up to the policy limits. If the dog bite claim exceeds the policy limits, the dog owner must take responsibility for the damages above the limit. Whether or not a dog owner has homeowners insurance that will cover a dog bite does not restrict an injured person from filing a lawsuit to receive compensation from the owner for damages. Alternatively, a dog owner's auto insurance may cover the incident if the victim was bitten while in the owner's vehicle. Additionally, there are animal insurance policies specifically designed to cover situations that arise from ownership of a pet.

Our law firm will determine what type of insurance coverage the dog owner has by examining the insurance policy declarations page. Then, if it does not seem that the policy limits are sufficient, our team will research to find if there are any additional supplemental policies that may apply.

Should the dog owner choose to be difficult and refuse to give details of insurance coverage, our legal representatives will gain access to the necessary documents for examination during the discovery phase. In this portion of the lawsuit, the attorneys from each side must divulge and share all available information with the other side.

The strength of a lawsuit and the laws in the state will help determine if a dog owner can be held liable for the damages caused when his or her dog bites and injures someone. There is such a thing as a “one-bite” rule that holds an owner liable if the dog has already bitten someone in the past. In this situation, there is the perception that an owner should know the dog is dangerous if it has already injured someone before. According to California law (Cal. Civil Code § 3342), if an individual was bitten and can prove he or she was legally allowed to be in the place where it occurred, the dog owner can be held liable, no matter what precautions the owner had taken.

Existing negligence and dog bite statutes are in place because owners have a general duty to keep others from being harmed by their dog. The protected people include workers on the property, guests, and individuals in public places. In addition, leash laws must be obeyed, as well as any statutes governing specific breeds or particularly dangerous animals.

Here are the leash laws for our service areas:

Some states allow other individuals besides the dog owner to be held liable for damages. For example, animal caretakers like kennel workers or dog sitters could be deemed liable for injuries caused by a dog in their care. Additionally, a landlord could also be liable.

Laws in each state dictate certain specifics, but a few common arguments are typically used by opposing attorneys in defense of dog owners. Some of these defenses are:

Provocation – A dog owner could claim innocence by saying the victim was provoking the dog just before the bite. Gestures of provocation could include poking the dog with a stick or backing the dog into a corner, then flailing one's arms aggressively to incite fear.

Trespassing – Some legal protections are provided for trespassers, but a state's statutes concerning dog bites could require that a victim prove the dog bite took place in a spot where the victim was legally allowed. If this rule applies, an injured individual won't be able to recover damages if bitten while trespassing.

Assumption of Risk or Contributory Negligence – If the dog's owner had already warned the victim adequately about the dog, but this was disregarded, then the owner can argue that the victim has at least partial blame for the injuries. If successfully argued in court, this point could reduce or completely eliminate the victim's ability to recover any damages.

Highly skilled attorneys here at Dash Injury Law Firm have a proven track record and sufficient experience to refute and dismantle the opposing counsel's tactics like those mentioned above. Now, let's examine the types of damages victims can recover in a dog bite lawsuit:

Medical Expenses
Among the medical expenses incurred by someone who has been bitten by a dog are charges for the emergency room, X-rays, technicians, physicians, physical therapy, medication and psychologist visits. Depending upon the severity of the attack, there might even be charges for a hospital stay and/or intensive care.

Should the victim already have a pre-existing physical condition that is aggravated by the injury, the total for all medical expenses could be high. A common rule of thumb says if you cause hurt to someone, then you bear the responsibility for any injures caused by your action, even if a pre-existing condition made the injuries worse.

As an example, if an elderly person who has a bad back is knocked down and bitten by a dog, any resulting back surgery required is still the fault and responsibility of the dog owner. Surgery and recovery expenses will be included in the claim for damages.

Pain and Suffering
Any bite from an animal is bound to cause pain. Depending on the severity of the attack, the pain can be excruciating. Dealing with physical pain and extensive ongoing medical procedures can be incredibly taxing.

The horrific trauma of the attack can produce a lifelong devastating fear of dogs, making it difficult to ever walk down the street again. Add to this the anxiety every time a dog bark is heard, the shock, the depression and the sleeplessness. Post-traumatic stress disorder (PTSD) can occur in some cases. If the victim's doctor believes that the pain and emotional trauma will continue, the court may award the victim compensation for future pain and suffering.

Loss of Income
Because victims must miss time from work for things like hospitalization, medical diagnosis, doctor visits, treatment, rehabilitation and recuperation, the victims can be compensated for their lost income. If the injury is such that it adversely affects their future ability to work, the victims can also receive compensation for loss of earning capacity.

Loss of Consortium
Injuries that negatively impact the relationship between the victim and a spouse may be compensated due to “loss of consortium.” This entails lost intimacy or companionship. In certain states, compensation may be allowed for the negative impact on a parent/child relationship if one is injured.

Punitive Damages
If a dog owner's behavior is especially reckless, the court may make him or her pay an additional amount. This extra amount is called “punitive” damages and is intended to punish the owner financially and make a strong statement to help prevent any future similar behavior.

In a state using a “strict liability” statute, punitive damages will likely not be allowed. This type of statute holds the owner responsible for the dog bite no matter what the dog's history is nor how careless the owner was.

The experienced attorneys at Dash Injury Law Firm will help guide you through the litigation process of a dog bite injury lawsuit. It is crucial to find an attorney who will support you during this difficult situation and advise you with expert legal advice.

We are committed to serving our clients and fighting for the compensation and justice they deserve. Call our legal team today at 888-(DASH-LAW) or complete an online contact form.